I’ve been fortunate in my nearly 40 years to have never truly experienced the phenomenon of emotional pain manifesting itself as physical pain. Until this week.

When Jason died on Sunday, I found myself first, at a loss for words. And second, clinging to a woman I’d met just 3 hours earlier who was also a part of his life. I held onto her partly because she needed it – and partly because I did. We both needed comfort and quite honestly, standing together holding one another was better than both of us crashing to the floor. The grief, for both of us (and for his family and our other friends who were there) was LITERALLY too much to bear. It was knocking us over.

Once the initial shock began to wear off (though the total shock still hasn’t) I found myself clutching the right side of my chest. I think I worried a few people (had it been the left, I think they would have rushed me in for a heart exam). I didn’t really explain why. But what I was feeling was quite literally the sensation that something sharp had been stabbed through my chest. No explanation for it. Just a deep stabbing pain.

Yesterday, when I woke up, I had a panic attack (I hadn’t had a panic attack since 2003… which is another story). It was my first day back at work since Sunday and I wasn’t sure what to fully expect of myself or my emotions. Once that subsided and I got up to start my day I found that instead of a stabbing pain I had a massive physical emptiness in the center of my chest. Like a 6″ hole had been drilled through me.  It’s still there as I write this.

My body reacting to grief like this is new to me. Sure, my grandparents passed away years ago – and I was sad to lose them, but this was a different feeling. As I try to bear the brunt of this grief – I can only imagine what others are feeling. Which leads me to my next point.

There’s the old cliché that “time heals all wounds.” While I believe time passing helps us cope better, I firmly believe that this wound will still be with me until I die. My heart is scarred permanently this time. I think what’s more appropriate, and what I learned recently, is that love makes unbearable grief, bearable.

The first signs of love came from Jason’s Mom, Dad and sister.  They embraced Brian and I as part of their family while Jason was in surgery and in the week that came after. As his mom put it “you’re part of our lives forever.” And as we told her, “No worries. You’re not getting rid of us easily.” Unfettered. Unconditional. Love.

We also got to spend time with a very close friend Jason called his brother (to the point where prior to meeting him I didn’t know he wasn’t ACTUALLY his brother by blood). I feel like I’ve known him forever as much as Jason talked about him. We saw each other again last night and shared memories – and of course took a goofy picture Jason would love. (Keep in mind I wasn’t really shocked or disgusted, just making a weird face for effect.)

But the most incredible part has happened over the past 4 days (has it really only been 4 days?): I’ve had the privilege of being inundated with Twitter followers and Facebook friends. What struck me the most about all of them is we only have 1 thing in common – Jason.

All of us are trying to find our own way of dealing with his loss and in reaching out via social media, we’re helping one another bear the unbearable grief. I can’t speak for any of them – they have their own voices – but for me, the impact has been profound.

This week I’ve tweeted incessantly with at least 40 different people who knew Jason. Sharing stories. Sharing sadness. Sharing grief. And most of all, sharing love. I’ve been the recipient of so much love from people I’ve never met, it’s been literally overwhelming.

I found myself crying this morning not because Jason was gone – but because he had all of these fantastic people in his life, people who have reached out to comfort me – while they’re OWN hearts are breaking. Being on the receiving end of that much love has been one of the biggest blessings Jason could have ever left us. And a true testament to who he was.

Last night social media broke into the real world as I met a ton of Jason’s Denver friends in person as we all raised a glass in his honor at Rackhouse Pub in Denver.  The turnout was huge and we raised a little money for his family to help offset expenses as well. An outpouring of love.

This weekend, when we travel to Iowa for the services, I’ll get the chance to meet what I call “half of Des Moines” who loved Jason – and who have in turn, shown their love for me – a total stranger.

No doubt I’ll be overwhelmed again meeting all of those people who were important to Jason. And for whom he was important. But I welcome them with open arms. And an open heart. 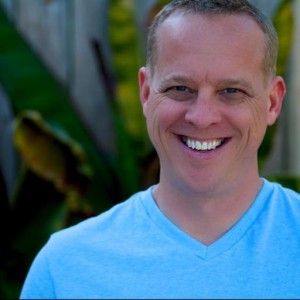